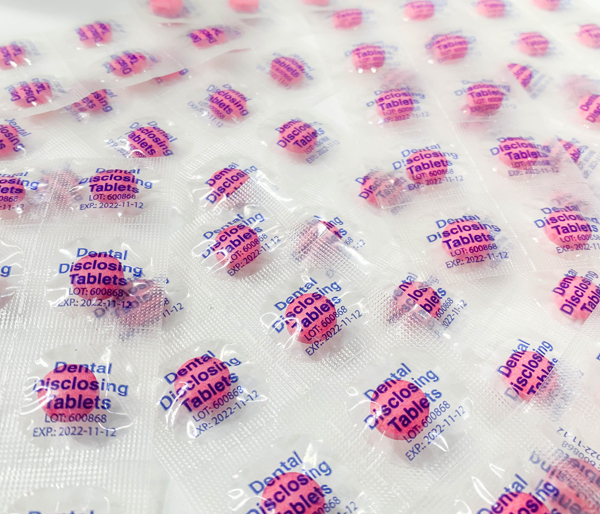 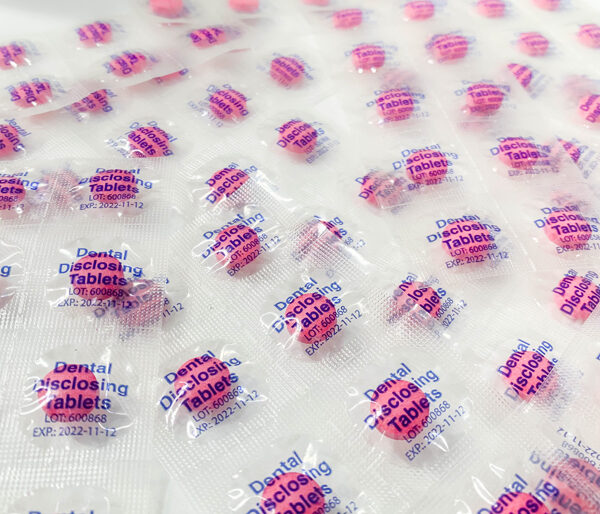 Anyone can use plaque-disclosing tablets, but they’re particularly effective for youngsters who haven’t established the best brushing and flossing habits.

If only real-life dental care was as obvious as those animated television ads for products like cavity-fighting mouthwash — where small armies of cleansing agents blast away layers of brightly coloured plaque, leaving your teeth protected and your breath minty fresh.

In reality, plaque is often a hidden danger. You can brush and floss your teeth until your gums bleed, but plaque — the colourless (but easily stained) film of food particles and bacteria that is constantly forming on your pearly whites — can still remain. Plaque is tenacious, clinging to your teeth’s enamel like Velcro.

Formed by the germs and bacteria that feed on the starches and sugars found in food particles, plaque is insidious, forming constantly. Initially, this film is soft and can be removed safely with proper brushing and flossing techniques. But if you don’t remove plaque daily, it can begin to harden within 48 hours.

After a week, the result is tartar, or dental calculus, which is more like cement than sludge. The presence of tartar can be a precursor to cavities, since the acids produced by tartar’s bacteria erode tooth enamel by essentially leaching important minerals.

Therefore, putting a stop to this corrosive chain is critical to maintaining good dental hygiene. Daily brushing and flossing is an important first step. But even conscientious brushers and flossers can miss a few spots, and where there’s an opening, plaque will develop. The solution is plaque-disclosing tablets.

Typically made of vegetable dye, the tablets are ingenious and very easy to use. After brushing and flossing, rinse your mouth with fresh water. Place a plaque-disclosing tablet on your tongue, let your mouth’s natural saliva dissolve it, and then swish the mixture around for a half-minute or so, making sure it covers all your teeth.

After you spit out the mixture (don’t be alarmed by the bright colours), take a look in the mirror. The bright red or blue stain you see covering your teeth is actually the plaque that your first brush or floss missed. Your gums may also be stained, but that’s normal. Now that you can see the plaque, you can brush and floss a second time, more thoroughly.

Plague-disclosing tablets can benefit anyone, but they’re especially useful for people who are prone to plaque build-up due to extenuating circumstances, such as receding gums or dental apparatus, including braces, bridges or trainers.